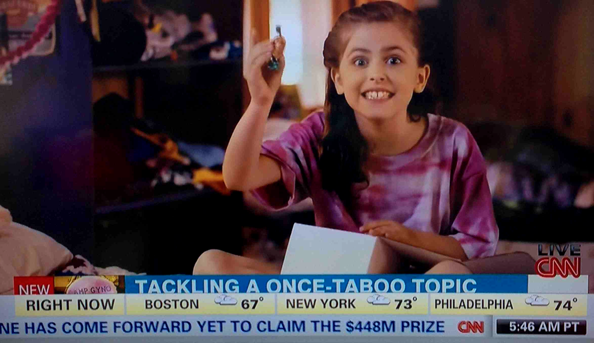 You’re probably getting sick of hearing about graphics slipups on “New Day” (such as this typo and this one) — but sharp eyed viewers keep sending ’em in!

This morning saw a different kind of graphics error than the two typos we’ve noted here: For the beginning of a segment on the “Hello Flo” ad campaign, the lower third was partially hidden behind the ticker. The CNN logo and “live” bug, meanwhile, were positioned in what would normally be the correct location but, because of the lower third being positioned incorrectly, was floating over the video behind it.