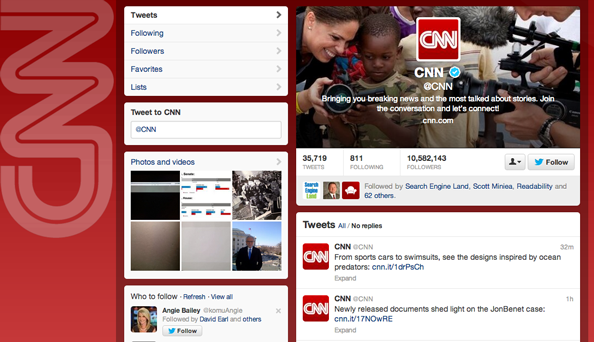 We noticed that CNN started using the domain cnn.it instead of on.cnn.com on its various social media profiles to direct users to stories and other content.

The new domain saves four characters, a savings that can be very helpful when writing posts for Twitter or other services that limit character counts. It also allows the network to use a standalone domain name, rather than a subdomain, for short URLs.

In July, MSNBC switched to the domain onmsnbc.co (from on.msnbc.com). NBC News had previously begun using nbcnews.to as part of its separation of the news division website and online home of MSNBC cable, which was launched Oct. 15.

Also in the world of social media, we also noticed that Dateline has begun using the trendy hashtag #D8LINE, taking advantage of the fact the number eight sounds like “ate” (and saving two characters, for what it’s worth). Let’s just hope NBC doesn’t change the name of the show to that spelling, too.