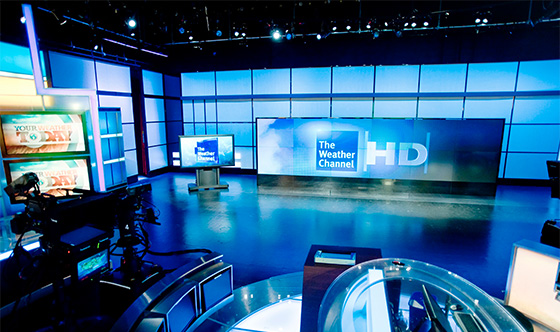 Changes are coming to The Weather Channel.

TWC today signed off from its main studio. The set debuted in 2008 and was dubbed the “studio of the future.”

The previous set was updated a few times, including a video wall upgrade.

.@ReynoldsWolf & I 'celebrating' the last day on the old set. New one coming in November! #UnderConstruction pic.twitter.com/6payKw7tqi

The new set will debut in November along side a new graphics package we first reported on in early October.

A big part of the change, weather graphics will now be shown during all programming and during commercials.