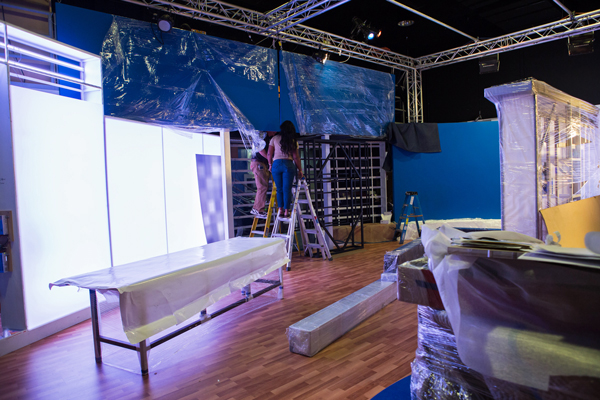 Devlin Design Group is in day two of installation at syndicated morning show “The Daily Buzz,” according to its blog.

“The Daily Buzz” uses studios at Full Sail University, a digital media and arts school just outside of Orlando, Fla. The program moved to this location in 2007 after its old building was sold to Trinity Broadcasting Network — with a brief period of broadcasting from Walt Disney World.

That facility was, at the time, the home of WKCF-TV, the market’s CW affiliate. Hearst Television bought WKCF-TV in 2007 and moved its operations to the WESH-TV’s existing facility along Interstate 4.

“The Daily Buzz” has, in the past, used a newsroom set and a loft like environment when it first moved to Full Sail.