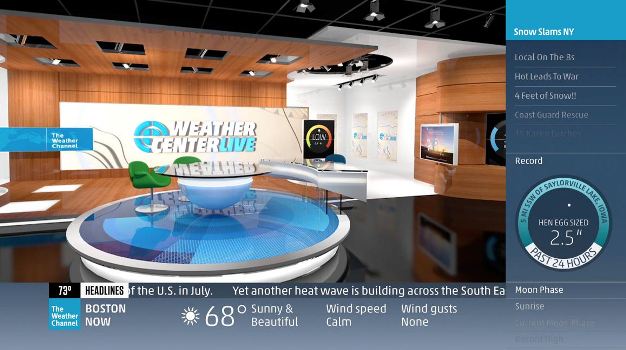 As NewscastStudio first reported in October, The Weather Channel is about to debut its new set, graphics and slogan.

“We are getting back to our roots as a company,” said David Clark, president, Weather Channel, to AdAge. “We wanted to get back to the core idea that this is a place where people get the weather.”

The biggest change with the graphics is the HD sidebar and ever-present forecast. The network will begin airing forecasts 24 hours a day beginning tomorrow, November 12. Most show graphics will change with the transition, and Local on the 8’s will debut new music.

The new graphics were developed by Trollback and Mono, with music composed by Man Made Music. The set was designed by Clickspring Design and built by blackwalnut with lighting by The Lighting Design Group.