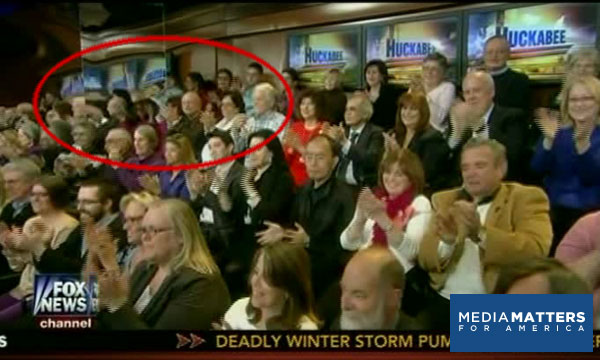 Media Matters for America, a progressive media watchdog group, makes note that Fox News Channel’s “Huckabee” has a mirror in its studio that makes the on set audience seem larger.

News of the mirrors was first discussed on TBS’s “The Pete Holmes Show” when comedian Noah Garfinkel claimed he attended a taping of “Huckabee” and noticed them along the wall.

Media Matters, meanwhile, went to the tape of the show’s Nov. 23 edition and noticed what appears to be a mirror along at least one wall of the studio, evening noting that it shakes when the audience claps.

So, what do you think? Is this, as Media Matters implies, a violation of journalistic ethics or just some acceptable TV trickery? Have you ever seen another show using this technique?

Via Media Matters for America