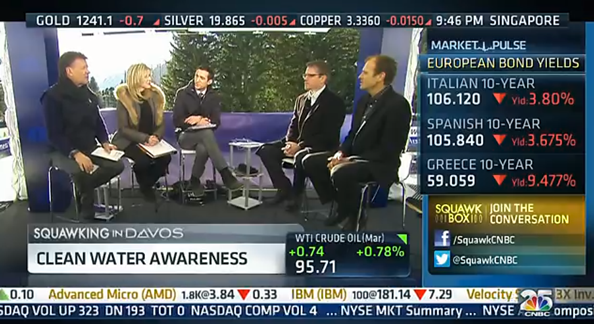 We noticed that the CNBC bug is now pulling triple duty — to help identify the network, tout its 25th anniversary and showing off the Olympic rings.

During daytime programming, as shown above, the bug appears in full color and animates between the “25” version and simply a peacock with the rings below. However, during primetime, shown at right, the bug changes to a static, white only version to match the “CNBC Prime” branding and includes all three elements in the same design.