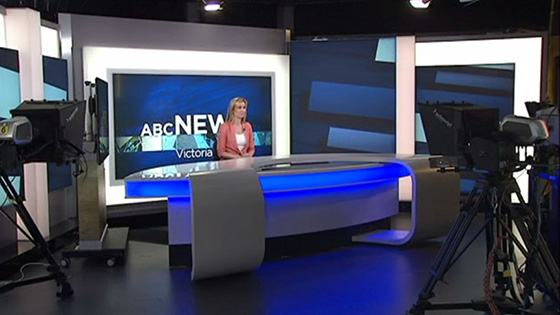 The Australian Broadcasting Corp. (ABC) debuted a new studio for many of its programs including “News Breakfast” and “Newsline.”

Studio 38, located in Melbourne, features three zones that can be rapidly configured depending on the program. A behind-the-scenes video was posted on ABC’s Tumblr. A large informal interview area is located to the left of the main anchor desk. This area can be reconfigured based on the show with different furniture and backgrounds.

A plasma monitor anchors the space, with wood panels and light accents. On the right of the main anchor desk is a versatile 3×3 monitor array.

The new look is a step up from ABC’s previous Victoria studio, with the design expected to rollout to other Australian studios.