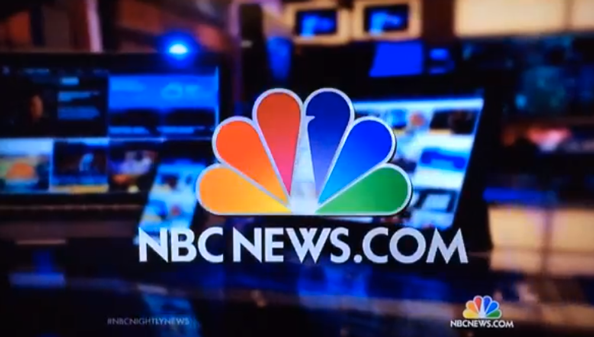 After launching overnight to mostly negative reviews, the new NBCNews.com website was only briefly plugged on Wednesday’s “NBC Nightly News.”

The mention came after a live report from NBC News correspondent Chris Jansing in Sochi, Russia, when substitute anchor Ann Curry mentioned: “We wanted to let you know that, with just hours to go before the games begin, there is much more reporting on our our website tonight, the all new NBCNews.com.”

While Curry was reading, the network cut to highly produced beauty shots of a laptop computer, tablet and smartphone laid out on the “NBC Nightly News” set in Studio 3A. The shots used gentle camera movements with a great sense of depth thanks to careful focusing that tastefully blurred the background.

At the end of the clips, a large, full color NBCNews.com logo capped with the NBC peacock was shown on screen before returning to Curry’s one shot at the anchor desk.

Interestingly, that was the sole mention of the new website on “Nightly” (at least during the first feed as seen in the central time zone). The network didn’t mention the site, other than in the existing bug design, including during commercial breaks.