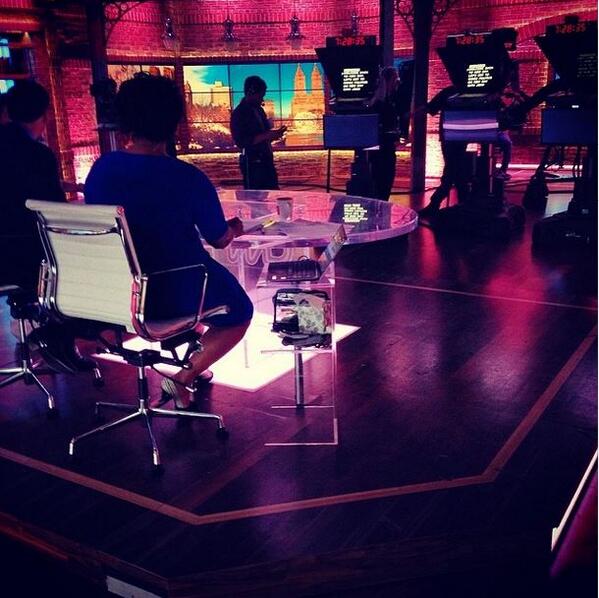 Things are heating up in the CNN “New Day” studio.

The air conditioning is broken in the studio at CNN’s Time Warner Center headquarters in New York City, so the hot television lights are being shut off during commercial breaks in an effort to keep things cool.

The show tweeted out a photo of the darkened studio:

AC in #NewDay studio is broken so we've got lights down during breaks to stay cool @MichaelaCNN #behindthescenes pic.twitter.com/lOKUKGWl1R