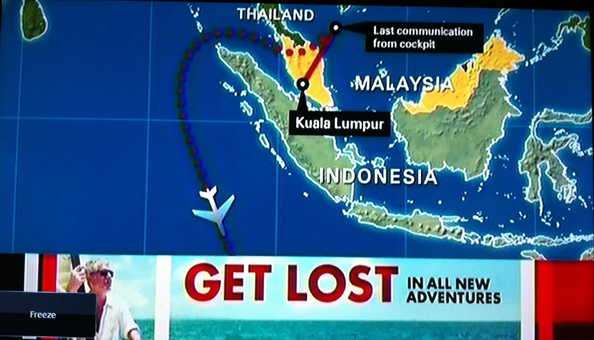 CNN’s efforts to promote “Anthony Bourdain: Parts Unknown” with a large “Get lost” banner resulted in a rather awkward juxtaposition when the graphics aired over the network’s coverage of Malaysian Airlines Flight 370, according to an image circulating online.

Often these types of promos are inserted at the master control level, so it’s entirely possible the spot was scheduled to air at a set time, without knowing what story would be airing.