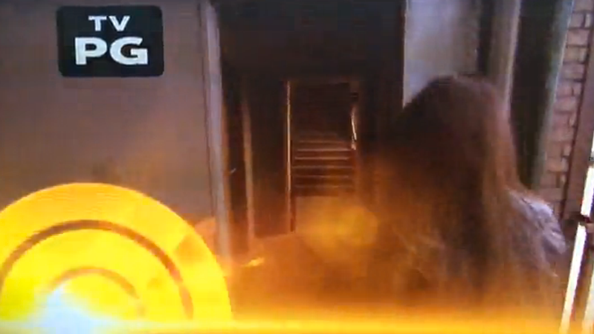 The snipe we caught, shown above, aired during “American Dream Builders” hosted by Nate Berkus.

The animated element started off with a rather jarring and bright rendition of the “Today” sunrise logo icon that took up nearly a quarter of the screen. The icon, however, was significantly reduced in size for the remainder of its on screen time, becoming part of a lower third like graphic with two tiers of text.

This is an interesting move on NBC’s part as its primetime viewership gradually improves (though “American Dream Builders” hasn’t faired particularly well) and “Today” continues to struggle in the ratings.