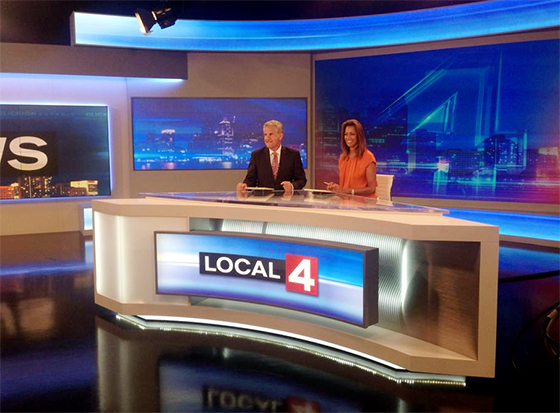 Handled in-house, the project added large monitor walls and backlit graphics to the set, giving it a sleek look.

The station also upgraded the desk, opting for one fronted by a large monitor. The new home base looks great on air, with lighting that really highlights the talent.

Logos (before and after)

The station tweaked its logo, removing the slant and adding more spacing around the four. The stations website name, “Click On Detroit,” was also updated and streamlined. The updated logo is less aggressive and less “90’s modern.” Overall, the improvements were great for being done local. The set could have used more structural elements, but the station still ended up with a polished, modern look.