‘There will be Helvetica to pay’ after CNN typo 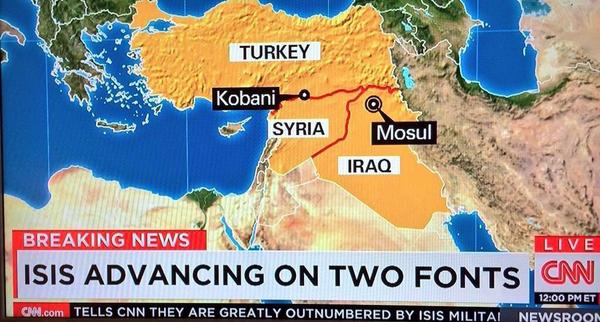 Several sharp-eyed CNN viewers noticed an interesting typo on a CNN lower third regarding ISIS — a missing letter “R” that changed the word “front” to “font.”

Twitter user @shawnjvandiver tweeted: #ISIS has declared war on comic sans and calibri” as well as these gems: