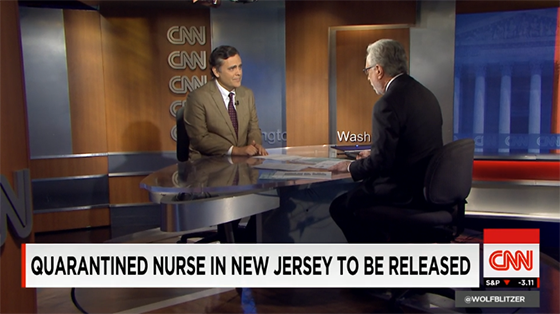 “Wolf” previously broadcasted from Studio A&B, home to “The Situation Room” and “The Lead with Jake Tapper.”

The exact reason for the move is unknown, as Studio A&B is capable of producing multiple shows simultaneously. CNN Commentary hypothesizes this is part of budget cuts at Turner, “seeing as the Cap set is significantly smaller, it is almost certainly cheaper to operate than the massive Studio A&B.”

The Capitol view has not seen updates since the mid 2000’s, and harkens back to CNN’s past set design styling. At one point after the new Washington studios launched, an update was planned, but has never moved forward.