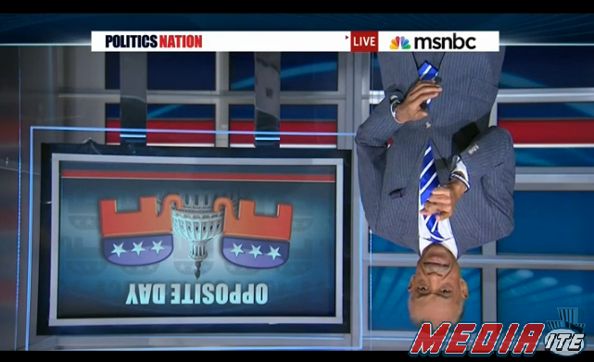 During Thursday’s “Politics Nation,” host Rev. Al Sharpton protested the Republican sweep of Congress by flipping his show upside down briefly in a segment appropriately titled “Opposite Day.”

At the tail end of the segment, the control room flipped the image of Sharpton, who was standing next to a flat screen monitor in MSNBC‘s Studio 3A in New York City’s Rockefeller Center, though the logo and time bug in the upper right and show title bar along the top of the screen did not get flipped.

Watch the clip here, via Mediaite.