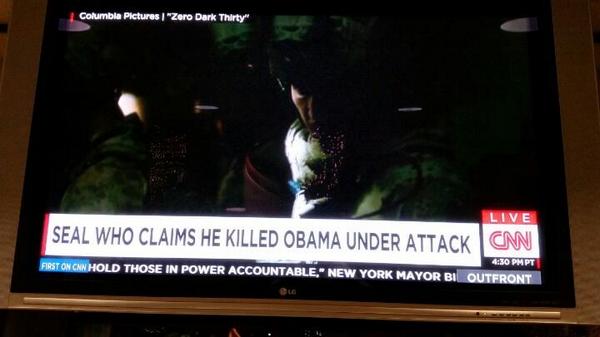 CNN fell victim to the similarity of spelling of “Obama” and “Osama” Friday.

The segment on the cable network, which was focusing on the Navy SEAL who claims to have killed Osama Bin Laden, included a lower third that proclaimed “SEAL who claims he killed Obama under attack.”

Earlier this month, CNN fell victim to removing a letter in the word “front” — a typo that lead to a series typographic puns.