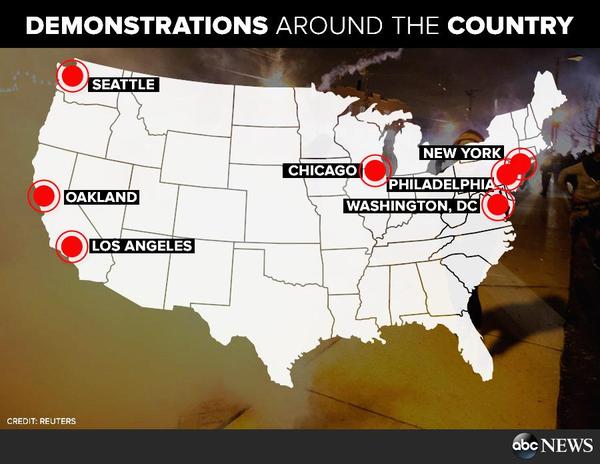 During its coverage of the protests and grand jury decision in Ferguson, Mo., ABC News used a fullscreen map to show other prominent locations where demonstrations were taking place around the U.S.

Somehow, the border between Kansas and Nebraska was removed when the graphic was being prepared, resulting what we presume is now known was “Nebraskansas” (or maybe “Kansabraska”?)