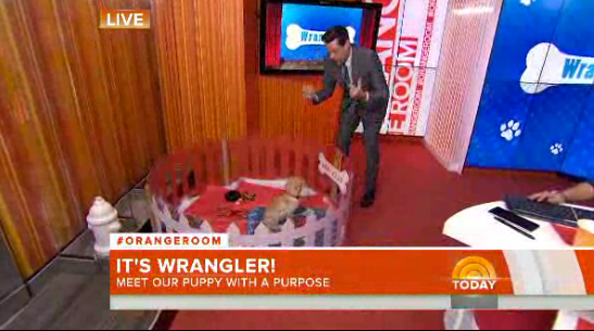 Studio 1A, the home of NBC News‘ “Today Show,” received a set update of a different type this week — a puppy pen.

The show, which has “adopted” a guide dog in training, has taken up residence in the Orange Room area of the set.

The show added a round, plastic-walled pen for the dog, which is now named “Wrangler” thanks to viewer votes.

The puppy also received a color in, what else, orange, with his name on it.

Personally, we’d love to see Wrangler get his own mini anchor desk. Or maybe some nice custom furniture to ruin.