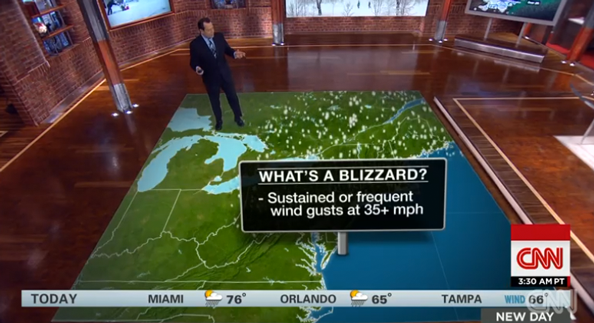 After Myers gave his regular forecast update at the set’s freestanding monitor, he walked off frame and the control room cut to a wide view of the studio floor, which had a large map digitally imposed on it.

Myers used the map and graphics to explain the science behind a blizzard and what, exactly, makes a snowstorm a blizzard.

Unless CNN did some fancy editing, it appears the virtual graphic was inserted over the floor of the “New Day” studio, rather than him standing in a green screen studio as it normally does with correspondent Tom Foreman.

Watch the clip below: