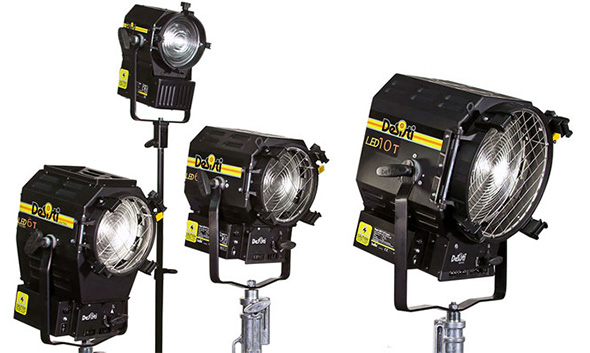 De Sisti has introduced a new series of fresnels, dubbed the LED Fresnel Super Series. The lights include improved studio performance, with higher light output and a wide projection beam.

“The biggest request we receive is for LED instruments to have the same optical performances as traditional tungsten fresnels with the equivalent light output,” said Frank Kosuda of De Sisti USA. “With the introduction of the LED the Fresnel Super Series, we feel like we’ve raised the bar on lighting with LED in the broadcast studio.”

The lights include zero flicker, even with HD and high speed cameras due to the straight DC dimming, allowing for a wider range of production uses.

“It’s amazing to think that we are talking about wattages of 60 to 200 watts versus the typical 500 to 2000 found in traditional studios,” said Kosuda. “The electrical power savings, reduced air conditioning costs and lower maintenance and bulb costs go a long way in paying for the new LED units, assuring a quick return on investment.”