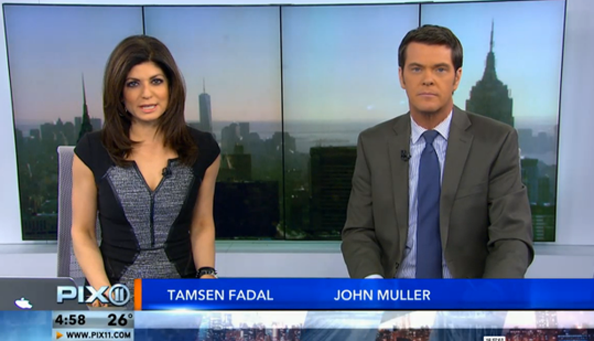 WPIX-TV, the Tribune Broadcasting CW affiliate in New York City, is broadcasting from a temporary set while it preps for a new home.

The change was first noted on Twitter by @NYNewsCoverage, and someone from the station’s engineering department responded, also on Twitter, confirming a new set is in the works. When pressed for more details, the @PIX11Tech account would only say that things would “get more temporary” today.