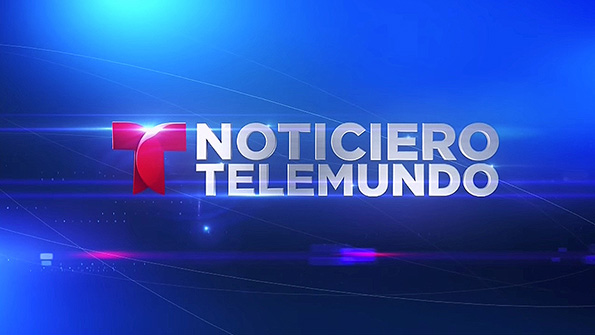 The shows opening, which begins with a flow of purple light rays arcing through space and ending around the Telemundo logo, remains from the previous graphics update in 2013.

The shows insert graphics, like the lower third, include clean lines and subtle animations. The new graphics draw heavily from recent updates to CNN and ESPN, with the very flat design.

View a full gallery of the new look in the Graphics section.