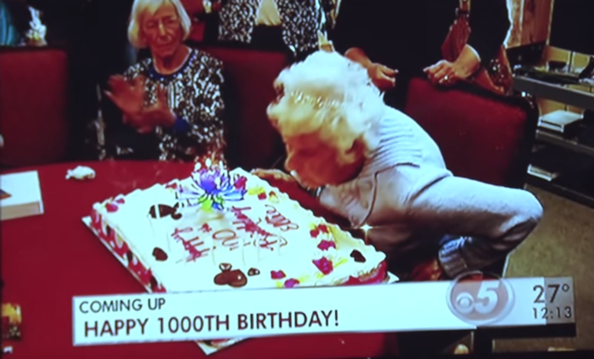 A lower third with an errant number that made a woman reach an epic age caught the eye of one “Tonight Show” viewer.

WTVH-TV, the CBS affiliate in Syracuse, N.Y., featured a feel-good story about a local woman turning 100. The problem is the lower third made her 10 times as old.