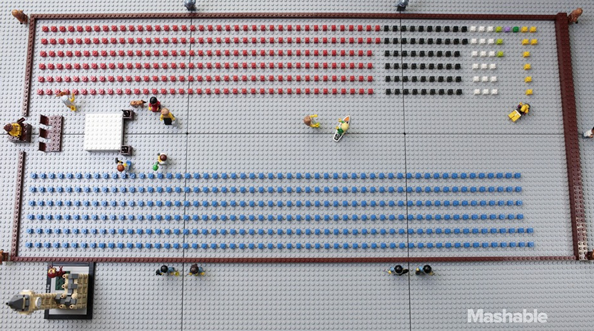 After using Lego to create a continuously updated Senate model during the 2014 elections (that, quite frankly, was pretty awesome despite its higher-tech rivals on TV news), news site Mashable did the same for the U.K. general elections.

The site created the outline of the rectangular House of Commons in the Palace of Westminster and proceeded to fill in each set with a single Lego brick as it was called by election officials.

See the step-by-step photos of the creation as it filled in throughout the night here.