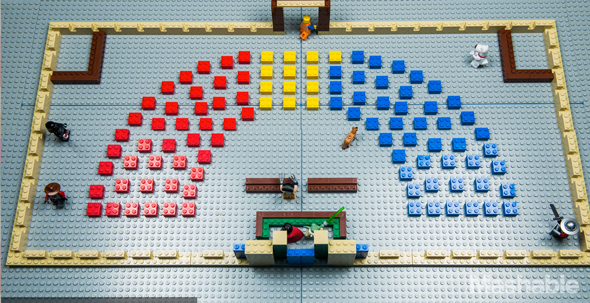 While TV news outlets were busy using fancy computer rendered graphics, the team at Mashable decided to illustrate the shifting seats in the U.S. Senate with a decidedly old fashioned method — Lego bricks.

The news site created a model of the Senate chamber using Lego bricks and took still photos of it as results were called (find out how one station used Lego bricks to promote its new set).

You can scroll through a timeline of photos for a (near) seamless look at the changes in the Senate on the Mashable site.