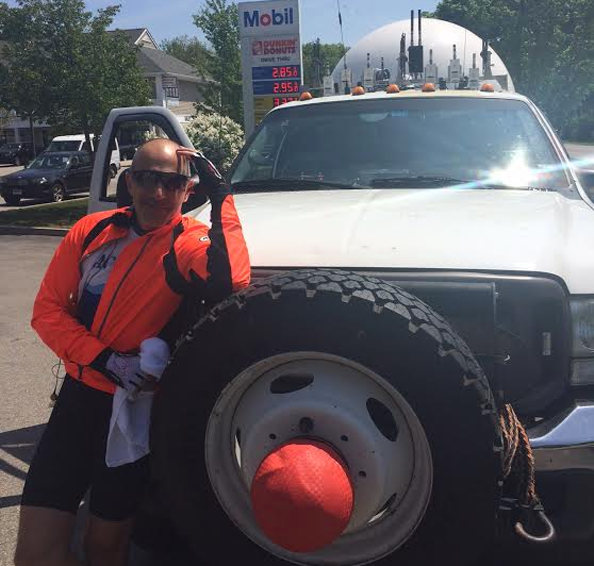 As “Today Show” anchor Matt Lauer cycles along in his charity bike ride, an old NBC News favorite is following him along with a newer gadget.

Lauer, who is riding from Boston to New York City on a “Tour de Red Nose” ride supporting children’s charitable initiative Red Nose day, is being trailed by the “Bloommobile” — the mobile HD transmission truck created by NBC News for late correspondent David Bloom‘s coverage of the Iraq war.

The Bloommible was also used in the coverage of this past winter’s blizzards.

In addition to the Bloommobile, NBC is also using a drone to capture aerial views of Lauer along the route.