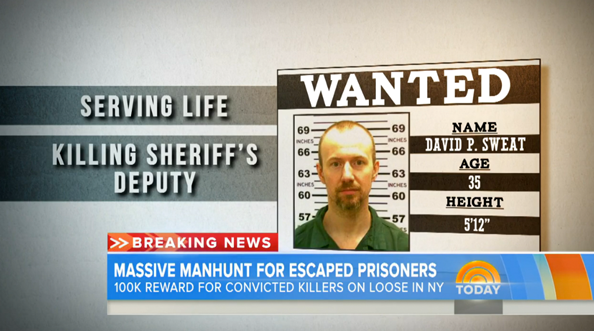 During its coverage of the two escaped inmates from a New York maximum security prison, NBC News‘ “Today Show” gave views the vital stats of the escapees.

One of them, David Sweat, was described as being 5′ 12″ in a full screen graphic the network showed.

According to the rules of basic measurement and simplification we all learned in grade school, nothing should be expressed as 5 feet, 12 inches since, by definition, 12 inches is, well, another foot. It’s also worth noting that, there appears to be some generous rounding going on with Sweat’s height. In his official prison mug shot, Sweat is shown against an exaggerated ruler, where he appears to be just over 70 inches tall — making him closer to 5′ 10″.