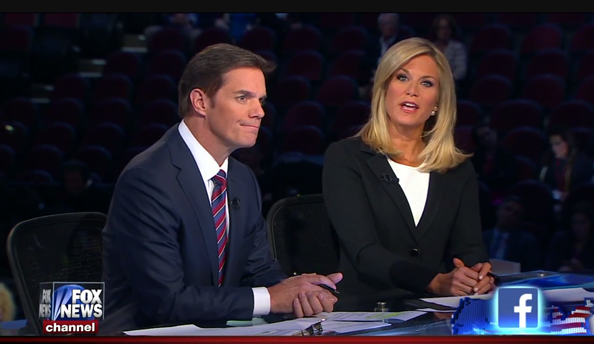 Despite having nearly no audience, Fox News opted to shroud the audience area in semi-darkness — a look that didn’t appear to be much different than how many debate audiences are lit.

In the off-axis shot of the debate moderators, the empty chairs were rather noticeable.

As the first debate went on, some of the seats started to be filled in by what appeared to be members of the press — and at times photojournalists toting large cameras could be seen walking behind the moderators.