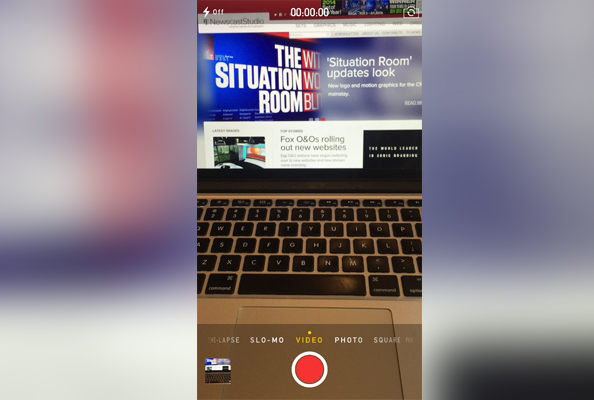 The New York Times has an interesting article exploring the topic of the practice of shooting video vertically.

The article notes that with the rise of mobile device usage, particular with news consumers, it may actually make more sense to produce video that’s optimized for vertical screens, despite decades of cinematic practice of the exact opposite.

The piece also notes that many popular apps, such as SnapChat, push users toward vertical videos and that the vertical orientation is particularly effective with videos featuring people — since the human body fits better in that framing.

And, of course, since most smart phones are designed to be held vertically, it’s quite natural that people tend to shoot video in that orientation.

With the rise of video-capable smart phones, it’s not uncommon to see multiple viewer submitted videos in a single news broadcast — and often they are shot in vertical orientation, meaning stations have to pillar box them to get them to fit on 16:9 or 4:3 screens, such as this example: