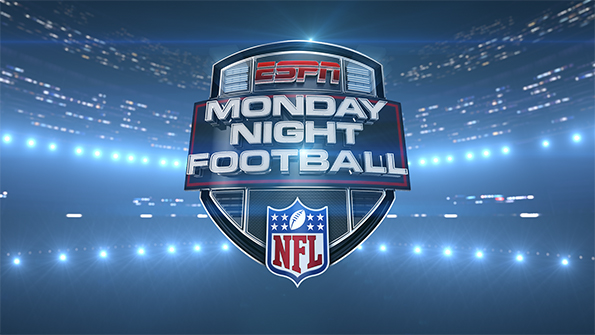 ESPN’s “Monday Night Football” begins each game of the 2015 NFL season by looking back, thanks to its new opening sequence from Carsten Becker and ESPN Creative Services.

“The history of ‘MNF’ is the thing that differentiates us from other networks and other shows,” said Michael Szykowny of ESPN. “Peter’s [Berg] open served us well and this year we wanted to freshen it up with something new while continuing to focus on that history.”

The new opening concept, called “infinite field,” is based on the idea of a football field that goes on forever and includes many great plays and personalities of “Monday Night Football” history. “The field is surrounded by a massive hall of lights, and we wanted the camera to find all the plays on this field in one move as they happen. That was genesis of the idea.”

To create the opening, many of the famous plays were recreated, as proper opening-caliber footage did not exist, combing live action and computer generations. “The only shots that exist of that play are wide overheads. It was raining that night and it’s SD footage. There was no tight shot of him with his hands when he pulled the ball just above the turf,” said Szykowny.

ESPN also used an animation technique called rotoscoping — tracing over footage, frame-by-frame to lift the subject off its natural background – to place the players in a three-dimensional environment.

The final product is about 50-50, live action to recreation.

A new version of the famous theme music also debuted with the opening, created by APM Music.

Moments featured in the opening: