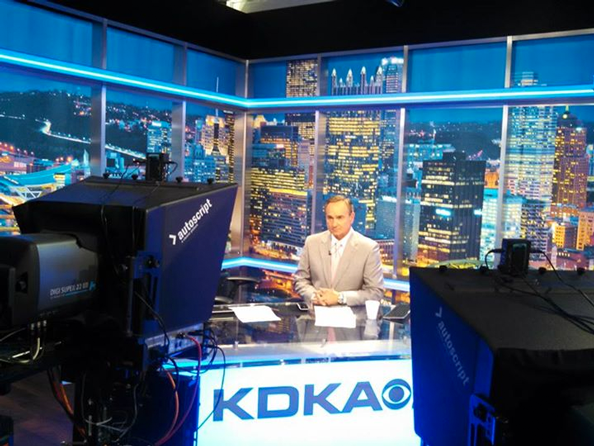 Pittsburgh’s CBS O&O is prepping a new set, just as rival WPXI-TV is readying a new set of its own.

KDKA-TV has relocated its newscast to a rather impressive temporary set while the old set is removed and a new one installed.

Reporter Paul Martino posted a photo to Facebook of the last newscast on the old set, which was installed in 2009 by FX Design Group. The internally lit temporary anchor desk has been placed diagonally where two straight walls with cityscape duras meet. A color changing strip runs across the top of the set.

KDKA-TV says it will debut the new set in about a month.