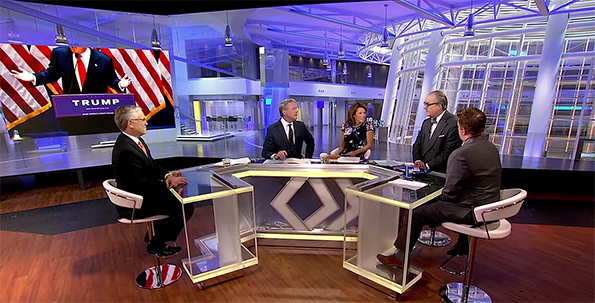 Bloomberg will take the wraps off a major overhaul Monday, including the launch of its new morning program, “Go.”

“Bloomberg Go” has now debuted. Read our recap of the show and design.

We first wrote of the upcoming update in August, as Bloomberg moved to a temporary setup for its dayside programming. Well, the wait is almost over.

These names may look familiar to U.K. readers, as Lightwell has worked on many projects, such as BBC News and ITV News, while Lowe has composed most BBC News theme music for the past decade.

The set will make use of large virtual set extensions on an LED video wall, which Lightwell describes on Twitter as “Biggest screen yet, finest LED resolution yet, and a design we are very excited about.”