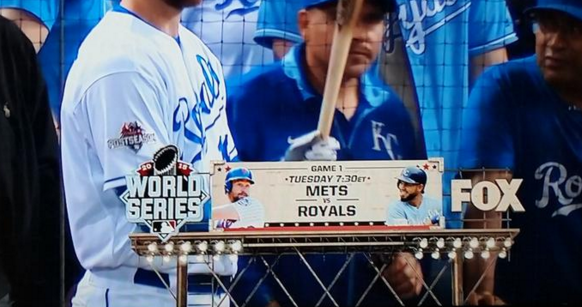 The Royals won after a potentially wild 9th inning and will advance to the World Series.

During the 7th inning, a promotional graphic appeared which showed the Royals already advancing to the MLB World Series against the New York Mets.

To bad, as the Royals have not won the game yet, as the Toronto Blue Jays tied it in the 8th.

This MONSTROUS error by @FOXSports may come back to haunt @Royals as @BlueJays just tied it up. 3-3 8th #ALCSGame6 pic.twitter.com/1mZjuPtwJJ

Broadcaster Joe Buck later addressed the mess up on air, saying these “elevator” graphics are preloaded and someone likely hit the wrong button.

Unfortunately, superstitious sports fans are not liking the results of it appearing so far.