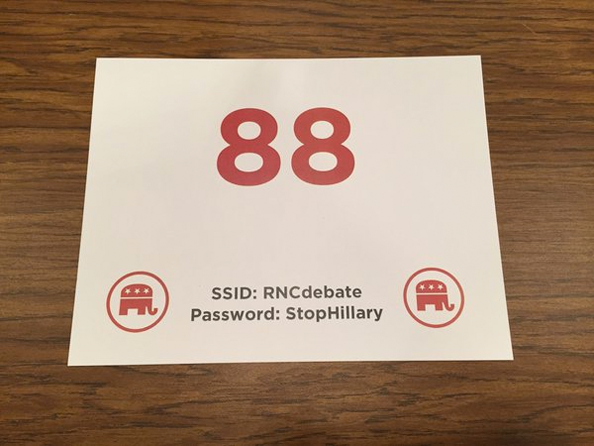 In case there’s any question about who the Republican National Committee views as one of its biggest threats, the wifi access code hundreds of journalists were forced to use during a party sanctioned debate clarifies that stance even further.

Journalists covering last night’s Fox Business Network/Wall Street Journal RNC debate in Milwaukee were forced to type in “StopHillary” as the passphrase to access to the wifi network at the venue.

You can almost hear the cries of “I know you are but what am I?”