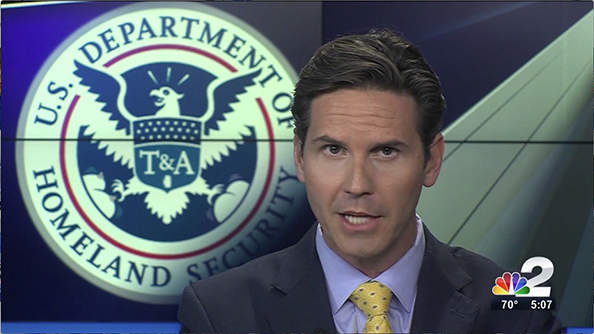 WBBH-TV, the NBC affiliate in Ft. Myers, Fla. aired what it thought was the Department of Homeland Security seal but turned out to be a doctored image with a vulgar hidden meaning.

In what we’re guessing was yet another example of a Google Image search gone bad, the station aired what appeared, by and large, to be the official DHS seal. However, a closer inspection by — err, eagle-eyed viewers — shows that the eagle in the seal has the letters “T&A” on its chest and appears to be “grabbing” images of a breast and buttocks.

In the actual logo, the eagle grasps an olive branch and arrows and also is lacking the three lines of “excitement” above its head.