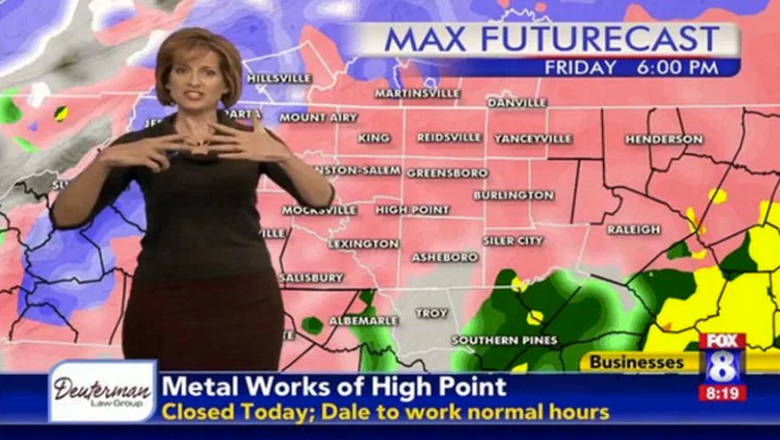 An interesting closing post that aired on a North Carolina station is going viral thanks to an amusing afterthought.

WGHP-TV, the Fox affiliate in Greensboro, N.C., aired a message saying that Metal Works of High Point would be closed due to winter storm Jonas. But what was interesting is what appeared after that: “Dale to work normal hours.”

The station did some digging and contacted the company and found out that the posting was a bit of an inside joke and Dale did not, in fact, work Friday.

That didn’t stop the image from trending on Twitter under the hashtag #PoorDale.