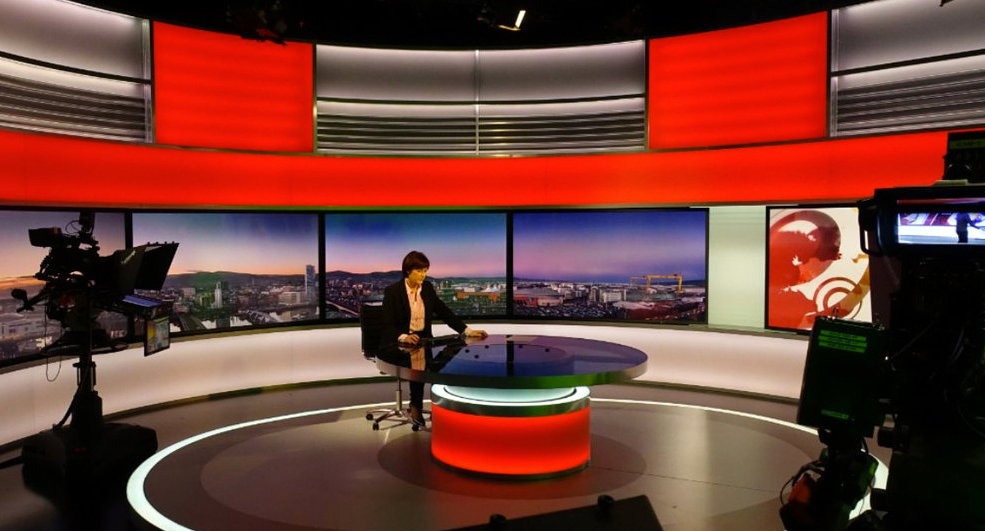 The set, which is from Jago Design, incorporates the traditional BBC China red via backlit panels in the set’s substantial header, which also includes silver toned elements.

Under the header, a curved line of flat panel screens are used to create the appearance of a panoramic skyline and other graphics, while the smaller round anchor desk also is also internally lit in the trademark red hue. In addition to the hard set, “Newsline” also uses a virtual area, as shown in this screen capture courtesy of Drew at TVForum.

This area features the same red tone as well as a circular motif.