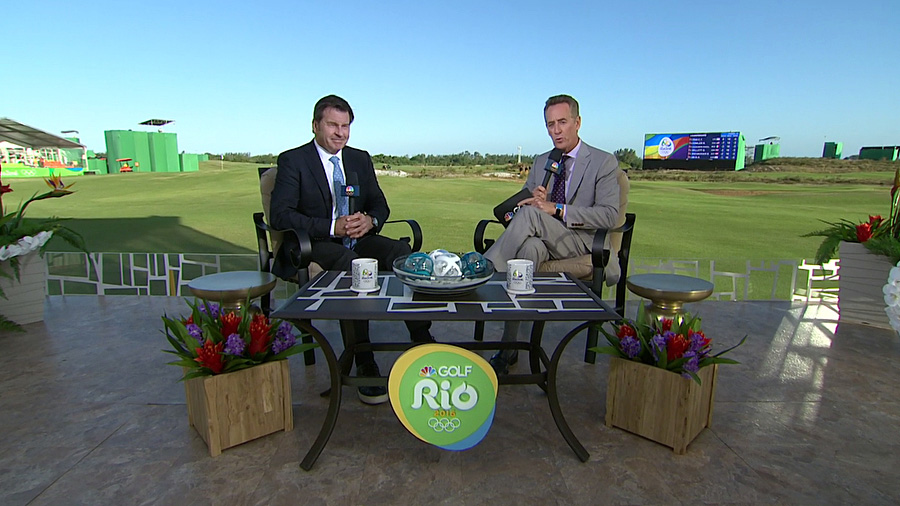 Golf returned to the Olympics for the first time in more than a century, with NBC Olympics and Golf Channel covering every angle.

Golf Channel’s “Live From” wraparound programming featured a small setup near the course, utilizing some patio furniture and decorative items that matched NBC’s main studio. The space was framed by the Escadaria Selarón pattern along a plexiglass wall, with planters adding natural warmth. On the course, the main broadcast booth featured more of the blocky pattern around the large window.