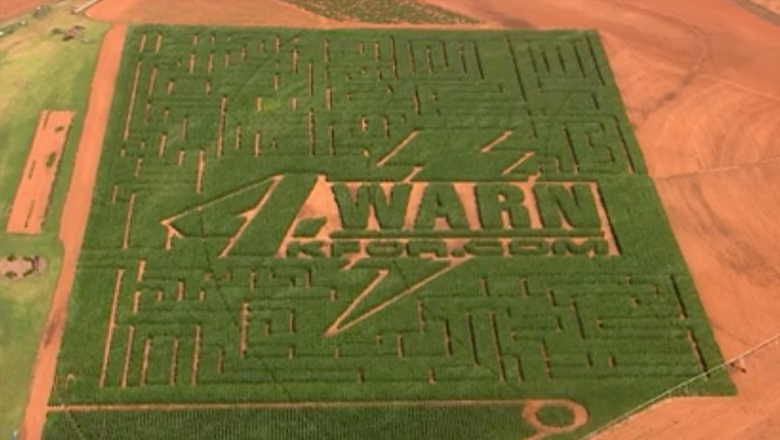 Here’s a story that caught our ears: One TV station just popped open a whole new field in marketing.

KFOR-TV, the Tribune ABC affiliate in Oklahoma City teamed up with P Bear Farms to have its weather logo cut into a corn maze (apparently a corn anchor desk just wasn’t going to cut it).

In the aerial views that cropped up online, the station’s “4Warn” weather branding is carefully cut into the rows of corn — and surrounded by a lightning bolt as well as a more traditional maze pattern. The station’s website address is also included.

The maze will be open to the public to explore — and the station says it has more plans for the field.

Since it’s Friday, here are some of our ideas (or, kernels of wisdom, you might say) for the station: