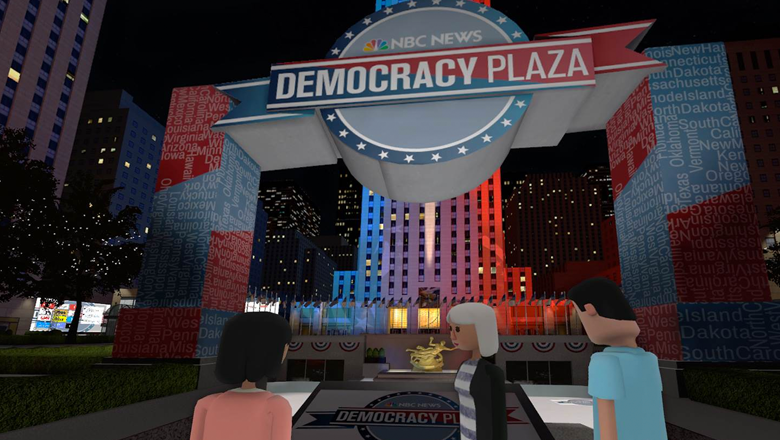 In addition to its normal transformation of Rockefeller Plaza into “Democracy Plaza,” NBC News is extending the experience in the realm of interactive virtual reality. The events will be hosted by virtual versions of NBC personalities, including NBC’s Al Roker, who will kick off the virtual interactive events.

Also planned are Q&A sessions, political comedy shows and virtual watch parties. Users will also be able to explore the computer-generated Democracy Plaza, including the electoral map on the ice skating rink.

Participants will also able to interact with other attendees as well as the NBC hosts — making the virtual reality more interactive and engaging than just providing a virtual walkthrough of Democracy Plaza.

While this represents a big step forward in interactive virtual reality’s use on mainstream journalism, the actual implementation is a bit primitive.

The 3D avatars used for both NBC personalities and attendees are rather simple, while the renderings of Rockefeller Center lack a high level of detail.

The event will also notably not be natively compatible with Google Cardboard, an effort lead by the tech giant to make virtual reality more accessible by letting users assemble a virtual reality headset using an inexpensive face mask and smartphone.