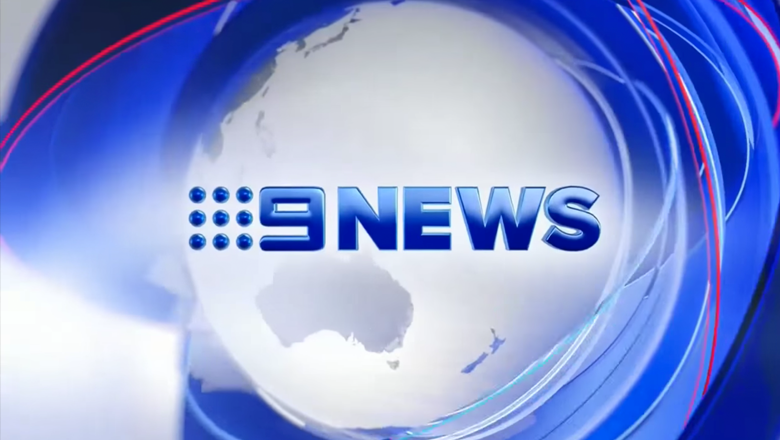 Along with debuting a new home, 9 News Perth has a new motion graphics package that mixes simpler flat elements with 3D accents, all centered around a globe motif.

The opening sequences, which are new, feature a translucent globe surrounded by red, white, blue and silver rings, with blue being the dominant color.

The same rings make appearances in the in-show wipes and stingers. It’s worth noting that the package, designed by DD8, understandably keeps the focus of the globe on Australia, which obviously creates a slightly different view of the world for those used to seeing news graphics that focus more on the Americas and Europe.

In some ways, this also lets the globe be less cluttered, as much of the space ends up being taken up by the Pacific Ocean. The lower thirds, which are tweaked from the previous look, uses a single rectangular bar with red and blue used to differentiate between the tiers of text. In the lower right, a silverly-white bug is accented with a thick red border on its upper left corner. For teases, the lower third design is carried through white a sold blue background that extends to the bottom of the screen and a red flag is tucked neatly in the upper left. For pre-show teases, meanwhile, a simpler lower third with centered blue text is used, with a hint of red being added along the top. Although not in ring form, the colored bars also make in appearance in the on-set OTS virtual set extensions the station uses, which were also created by DD8.