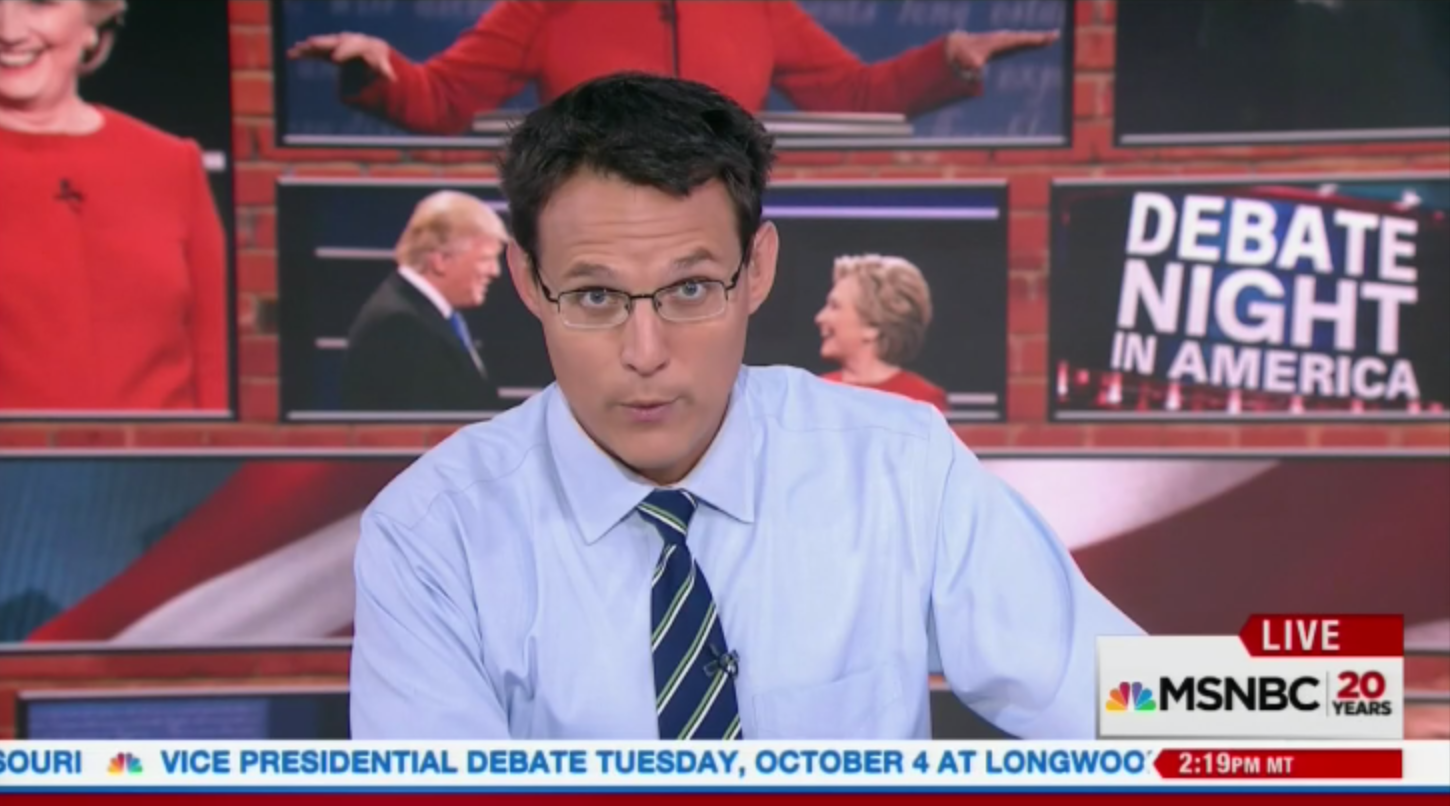 MSNBC got caught in a bit of an awkward position this afternoon.

In a variety of segments originating from the network’s fourth floor newsroom, the video wall behind the anchor and guest was filled with a photo collage of debate themed imagery, including one that featured a graphic reading “Debate Night in America.”

So, what’s the problem? The branding and image are CNN’s.

The image used on the video wall appears to be a screen capture taken from a CNN feed; indeed one very similar to this one that was used last night: It’s worth noting that NBC Sports uses the similar-sounding name “Football Night in America,” for its NFL coverage.

Is this a joke? Someone might want to tell @MSNBC this is @CNN's #debates branding and logo. @InsideCableNews pic.twitter.com/pZeYkp4uBi

On-set monitors in a working newsroom environment such as the one in the fourth floor newsroom MSNBC uses as a background can sometimes end up showing a competitor’s feed on air — albeit typically either very small or blurred.

However, what’s particularly interesting about MSNBC’s slip up is that this background graphic was pre-prepared to simulate a monitor wall look but wasn’t taking in live feeds where it might otherwise be unavoidable to show a competitor’s feed.