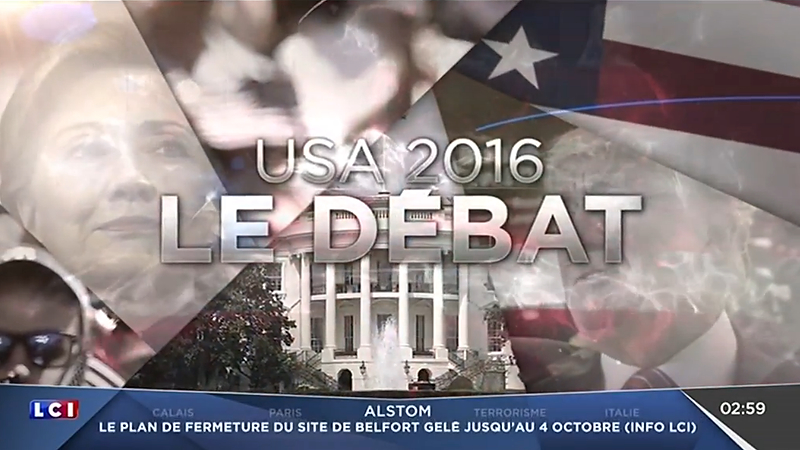 Internationally, many networks that otherwise would have only provided a quick story or recap of the debate went wall-to-wall with specials and simulcasts. Here’s a quick look at how some presented their coverage of the historic night. France’s BFM used an over-the-top look that may remind U.S. viewers of CNN’s glossy blocks. Studio wise, the network went with a completely virtual set with plenty of patriotism. Watch the open on Lenodal.