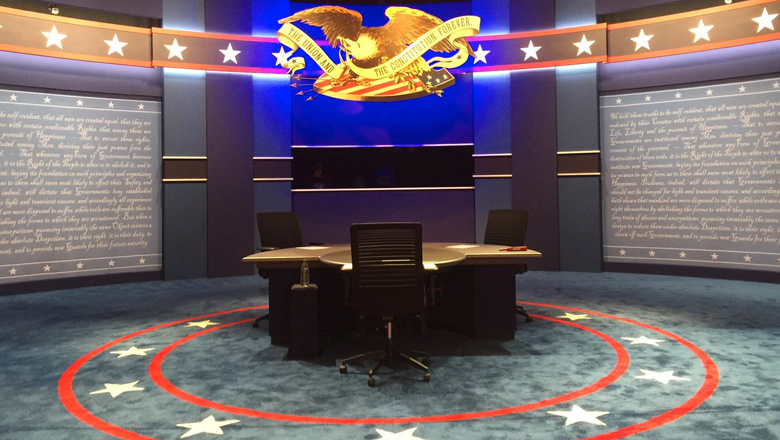 Tonight’s vice presidential debate will use a very similar set to the one used at last week’s presidential face off.

The most significant change is due to the different in format — this debate is a sit down “war table” style one as opposed to the standing one seen when Hillary Clinton and Donald Trump sparred last week.

So, for this debate, hosted by CBSN anchor Elaine Quijano, Senator Tim Kaine and Gov. Mike Pence will be seated at a table surrounded by a ring of stars, which is essentially a smaller version of the arc used last week.