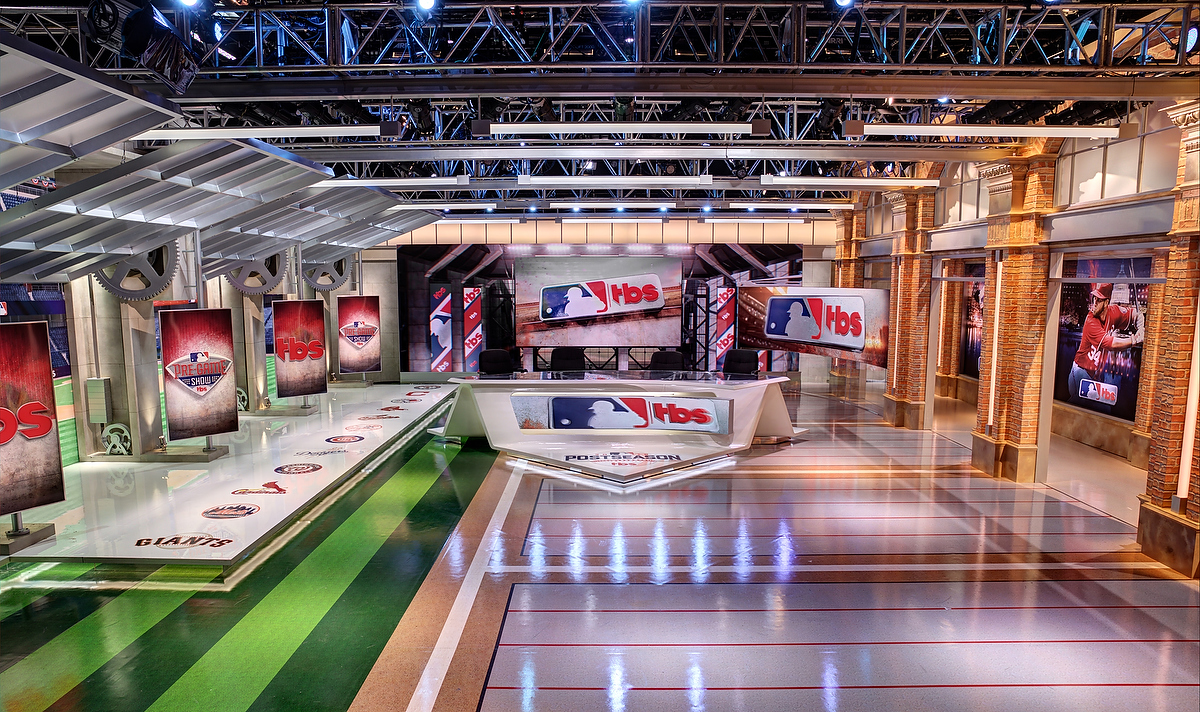 In creating a new home for its Major League Baseball coverage, Turner Sports and TBS worked with its scenic design team to create a juxtaposition of traditional and modern ballpark architecture.

The sprawling 3,000-square foot set, designed by Clickspring Design, was built inside the 4,400 square foot Studio F at Turner Studios in Atlanta and can be further “expanded” on-air through the use of virtual set extensions and augmented reality graphics.

The traditional look starts on the right side of the set, where faux brick columns separate arched transoms, a nod to the traditional architecture found in both historic and modern ballparks. Backlit printed graphics in this area also give a subtle nod to the posters and banners of baseball greats plastered on the walls of kids’ bedrooms and stadium walls.

At the same time, the modern age is brought in through the use of vertical internally lit banding and large video panels inside broad, glowing frames. 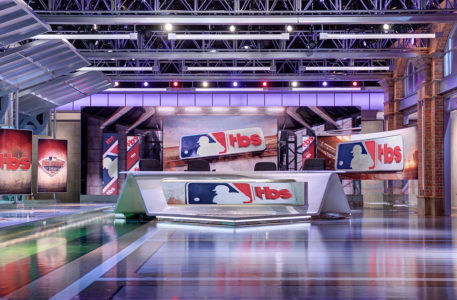 Adding flexibly and shooting options, a moveable wall of brick colonnade is located perpendicular to the main brick wall, featuring a monitor. The anchor desk, meanwhile, is designed to look like a sort of “folded” version of a home plate. Its sleek white surface is pinched upward to form a work surface before falling gently down to meet at a point on the floor, with a portion of it strategically cut out to allow for a curved LED video ribbon.

That ribbon is actually one of 161 other individual LED panels being used to create the main anchor desk and left wall background, which also includes a curved portion that sort of blends into the faux brick wall through an opening.

This high-tech array of video technology from AOTO and calibrated by AV Design Series is used to project a variety of graphics, including 3D animated renderings designed to make the set feel like it continues for hundreds of feet beyond the anchors — almost as if they are seated in the middle of a vast skybox in the stadium.