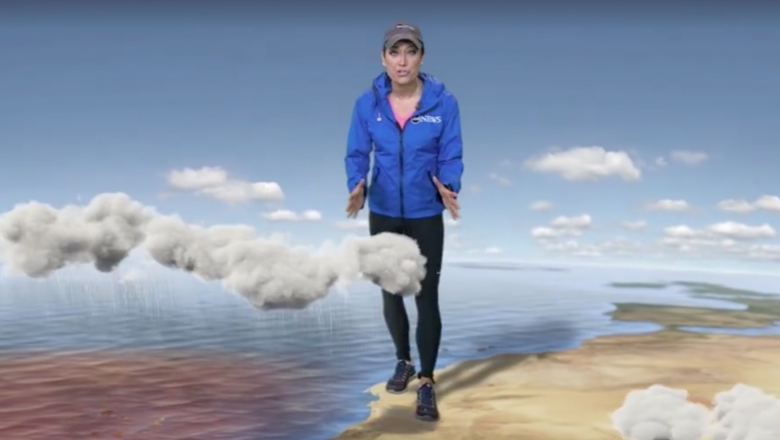 ABC News placed meteorologist Ginger Zee atop a virtual earth to help explain how hurricanes form as part of its Hurricane Matthew coverage.

In the segment, Zee is dressed in full outdoor gear and takes viewers on a spin around the world as clouds, rain and lightning zip by her.

A variety of camera angles are also utilized to give viewers a true perspective of the virtual earth on which Zee is walking on.

Many of the elements are also inserted in front of Zee, making the segment more than just a straightforward greenscreen effect.

That said, the segment is obviously highly pre-produced and not even produced live to tape, which does make it a bit less challenging to create.