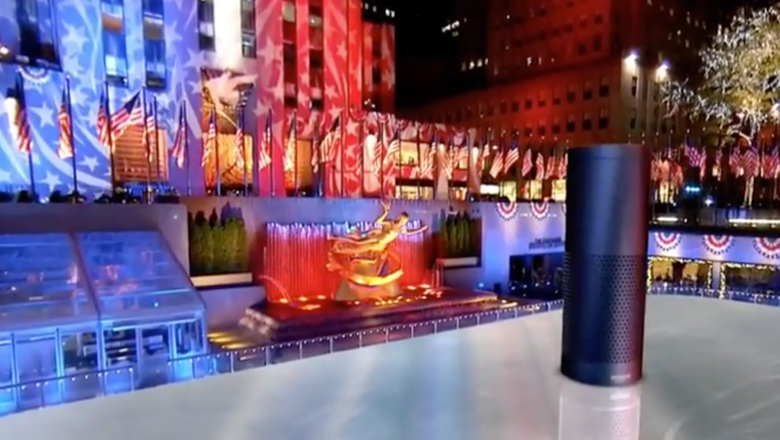 NBC News relied heavily on augmented reality during its election coverage Tuesday — but also created a giant virtual Amazon Echo that “grew” out of the ice skating rink at 30 Rock.

Amazon Echo, a smart speaker from ecommerce giant Amazon, was a major sponsor of NBC’s “Decision Night in America” coverage and received the prominent placement that included a full announce voiceover that not only promoted the device but also pointed out the NBC News “skill.”