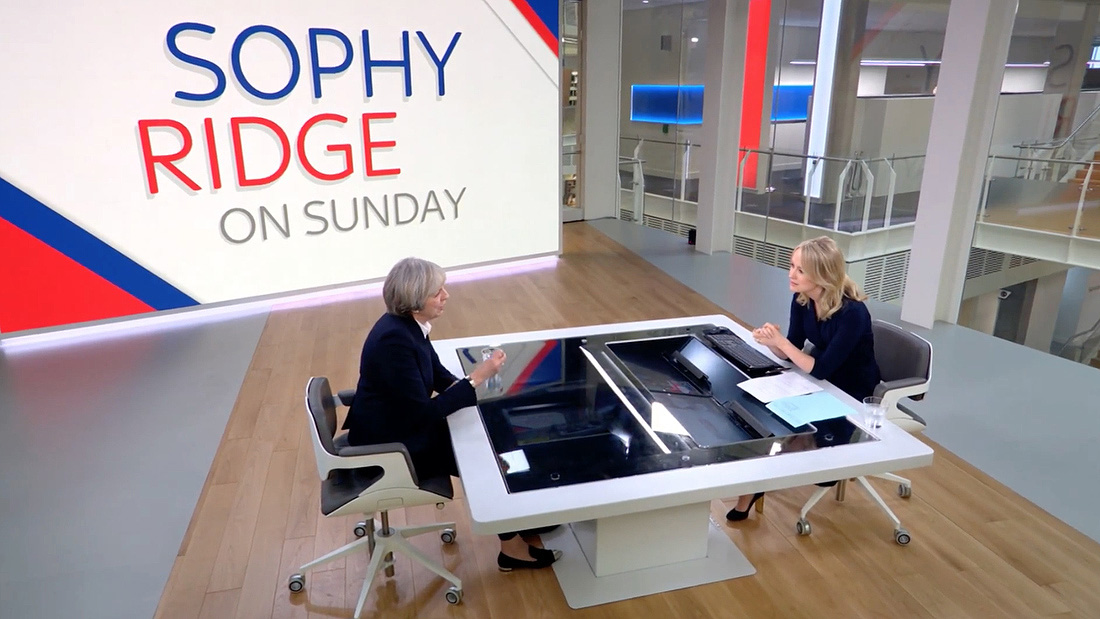 While the U.S. has long-running standard bearers “Meet the Press” and “Face the Nation,” the Sunday political talk shows have been in a state of change in the United Kingdom.

In May of 2016, ITV News launched “Peston on Sunday,” a casual talker with an eclectic look, while “The Andrew Marr Show” has been a part of BBC since 2005.

The show, hosted by Sophy Ridge and originating from Sky’s Studio 21, featured Prime Minister Theresa May for the debut episode, discussing a range of topics including Trump and Brexit.

Branding wise, the show’s design follows the blue and red coloring of Sky News, using angles throughout the graphical, along with a hard shadow on the logos text elements. Around the Sky Central building atrium, where the “glass box” studio is located, various monitors and backlit wall sections featured pops of color and show graphics to differentiate it from standard news programming on the network. Studio 21 was designed by Jago Design, with the “Sophy Ridge on Sunday” motion graphics handled in-house by Sky’s creative team.