A high-tech video display connects strongly with viewers in this world of constant social media presence and mobile devices. Fewer people are watching media on their televisions but rather access their media coverage on the go.

Our culture has adapted to not only crave video coverage, but expects it, as even newsprint companies have begun to include supplementary video for articles on their websites. The scenic design process has not been immune to these demands. FX has embraced this progression and risen to the task of incorporating these trends.

Video technology has become the driving force behind today’s scenic design choices, whether it be for storytelling, branding, or to make a statement. In the past, scenery concepts began with structure then video tech was sprinkled in. Today, we begin with questions about the video tech – how large, what shape, and what purpose?

The challenge with video driven designs is keeping things fresh. Most people request large format video walls, and from there, determinations are made if the array should be linear or curved, square or rectangle, single plane or many layers. Depending on application, today’s equipment can allow us to break out of the 16:9 “box”. When atypical aspect ratios occur, the end user is given the freedom to build graphics or video to fit their environment. With the help of scaling technology, we are no longer limited to traditional formats.

Though video can create challenges in the design process, it has elevated the station’s ability to tell compelling stories.

“A video wall is a blank canvas with almost limitless possibilities,” said FX designer Rachel Bulgrin. ”Video monitors are becoming integral in the story-telling process, with talent standing or sitting near them, referencing the information they display.”

With these multiple story-telling positions, more opportunities are created for interaction between talent and viewer, turning traditional media into social media.

You’ve more than likely begun to see these changes; they’re occurring at the national and local news levels in both traditional and modern designs.

So what can be expected to come next?

The use of greens screens will begin to shift in purpose. Currently, key walls are used for weather presentations and maybe a digital set here and there. As virtual reality becomes a bigger reality, greens screens have begun to swell, incorporating cyclorama and infinity curves, to give that full-size, walk-on key ability.

Conversely, as large video tech enters the studio, some prefer a smaller key wall, and will present weather maps from a large video screen. It really comes down to comfort: is a station more at ease creating large video graphics, or ready to make that leap into the dazzling, almost limitless, other-worldly feeling of virtual? Some might say: “Nothing ventured, nothing gained”.

Modular LED video tiles, offered in a variety of shapes and sizes, can be used in ceilings, flooring, and even bent into curves, creating a tangible “virtual” space that can present data, sports stats, and display live footage of weather in the city. The Live Events industry has gone from single screens to full, wrap-around, 180 degree displays; the world of news will begin to incorporate this look.

As technology surpasses its projected limits, the trick will be keeping the content accessible and grounded.

Video isn’t going anywhere anytime soon, and manufacturers are scrambling to invent the next best thing. As the form factor of equipment is reduced, the design possibilities increase exponentially.

Not far is the future of large transparent screens and holographic interface. This will be accomplished through a combination of video and augmented reality graphics. The impressive, high-rendered, CGI of today’s movies (all accomplished in post-production) will soon become a real-time “in-camera” tool, all being accomplished before your eyes.

As technology surpasses its projected limits, the trick will be keeping the content accessible and grounded. The “Starship” look continues to be popular, but will audiences be receptive to advances that appear to be born from science fiction?

It’s all a case-by-case basis, but for media hubs that broadcast multiple affiliates, programs, and events, digital signage is the most versatile path to take, saving untold dollars on physical branding for every show. And as the number of people required to operate a broadcast lessens, fast changes with minimal effort at the press of a button is a must.

About
FX Design Group - Design and Production TeamFX Design Group is an multi award-winning design company delivering projects worldwide for the entertainment and television industries. Headquartered in the Orlando area, FX provides a complete complement of set design, virtual and augmented design, fabrication and installation services, motion graphic design, animation and branding, as well as lighting design and lighting gear sales, all under one roof. 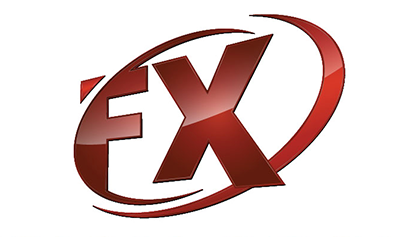